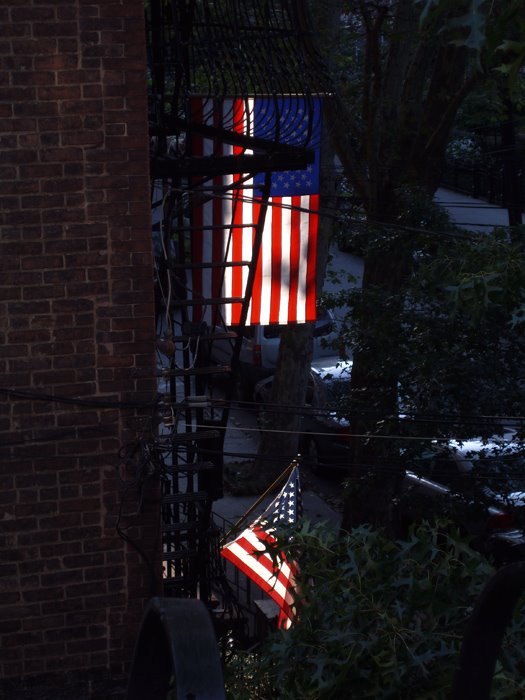 He loved baseball and his family. Married for 18 years, he and his wife had two children--a boy and a girl. If work caused him to miss one of his young son's games, he would call his wife several times throughout to see how it was going. 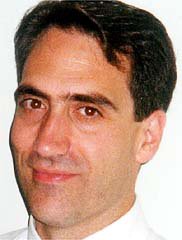 Unfortunately for him, on September 11, 2001, Steven A. Giorgetti had a meeting at the World Trade Center. That fateful morning, he died there, one of the many victims of the coordinated terrorist attacks. He was 43.
MORE

Love the lighting on those flags!

This is a very nice tribute. The more of them I run across, the sadder and angrier I get that these people are no longer with us.

Very nicely done and thank you for doing it.

Thank you for this tribute to Steven Giorgetti. Like everyone who perished on 9/11, just an ordinary guy doing his ordinary thing. Holding his wife and family in my thoughts and prayers that this 5th sadiversary is a little easier to bear with more good memories than bad.
Rest well dear Steven,
Blessings,
Auntie Lyn
Carl Asaro

great piece...i did one on donna bowen who died at the pentagon...mother of 3...breaks my heart..these type of tributes give faces to the ones who died...thanks..jac

Stopped by from BlogExplosion. Saw your 2,996 tribute. Nice job. I wrote one on Harry Ramos, killed 9/11 while comforting a complete stranger.