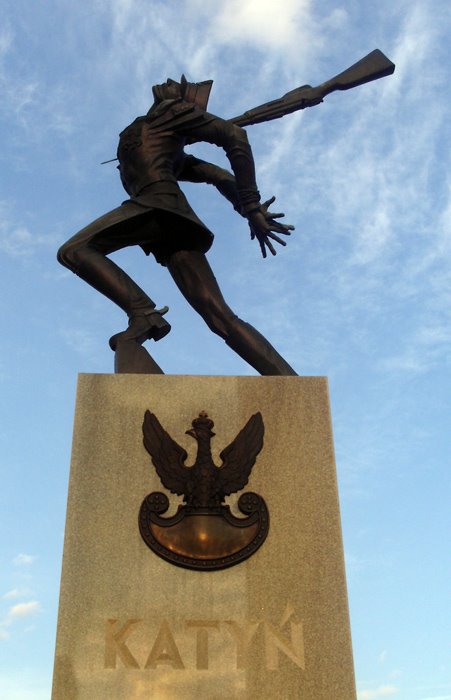 The country's first public memorial for the Polish soldiers killed by Soviet secret police during World War II in the Katyn Forest massacre. This centerpiece of Exchange Place in Jersey City, NJ, stands along the Hudson River waterfront.

The 17-foot statue of a Polish soldier, his hands tied behind him and his back pierced by a bayonet, is mounted on a granite base.

You never cease to amaze. Even clouds seem to pose for you.

just passing by through BotB, voted for you...and nice pic...

that is just remarkable...I wonder how many people live there and dont even know about that statue or why it is there...thank you so much...i want to email my yankee girlfriend shady lane who is polish and proud of it...thanks again..